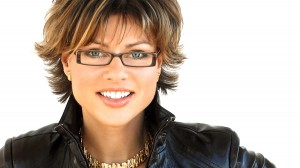 This year’s Asian Curry Awards shortlist, determined by over 100,000 votes from spice loving members of the public, has been announced.  A team of judges, led by Pat Chapman, editor of the Cobra Good Curry Guide, are now touring the country to determine this year’s winners.  The top restaurants will be announced at a glittering awards ceremony at the Grosvenor House Hotel on Park Lane in London’s Mayfair on Sunday 23rd October 2016, presented by TV news reader Kate Silverton.

Over 900 guests including the county’s leading restaurateurs with their staff and customers, plus ambassadors and embassy officials, food writers, politicians, VIPs and celebrities, will attend.  This year the awards were open to the country’s 20,000 Bangladeshi, Burmese, Chinese, Filipino, Indian, Indonesian, Japanese, Korean, Malaysian, Singaporean, Sri Lankan, Thai, and Vietnamese restaurants and takeaways.

“Intense competition, chef shortages, rising costs make the restaurant business incredibly challenging – but the rewards for those who get the formula right are considerable,” said Yawar Khan, Chairman of the Asian Curry Awards, adding, “The best restaurateurs have respond to customers’ changing customer tastes and encourage their chefs to innovate and produce the exciting, healthy and authentic dishes that today’s discerning diners demand.”

The Asian Curry Awards are design to recognise the best in the industry, encouraging ever higher standards and to inspire the next generation of chefs and restaurateurs to join this dynamic sector.

The judging criteria is heavily weighted towards the quality of the food and cooking; additional points will be awarded for ambience, customer service, community involvement and hygiene.

There will also be a presentation of special Lifetime Achievement Award to an individual for their outstanding contribution to the industry.

This year’s supported charities are Curry For Change and Royal Marsden.

The full shortlist can be viewed at www.asiancurryawards.com