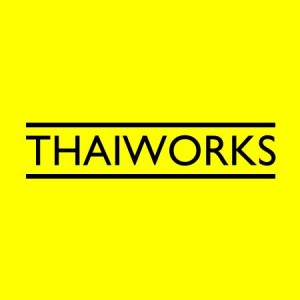 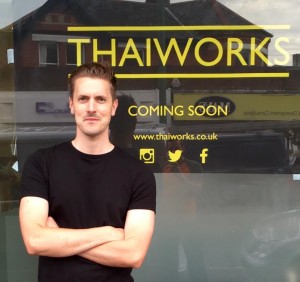 Adam Webb, the former Giggling Squid marketing manager, has announced the opening of ThaiWorks takeaway restaurant in Bournemouth. It will occupy the Seamoor Road site vacated by Tasty Moment Chinese takeaway in the Westbourne area of the seaside town, close to the affluent Sandbanks Peninsula.

ThaiWorks will open for the first time at 17:00 on Friday 23rd September and operate 7 days a week, opening from Saturday to Thursday and all day from 12 noon Fridays.  It will deliver to homes within a four-mile radius.

The new opening is the first of what is intended to become the first truly nationwide Thai takeaway chain. Webb has invested £100,000 in refurbishing the premises.  A new state-of-the art kitchen has been designed to the specifications of a team of skilled chefs who previously worked at Chaophraya, Busaba and Koh Thai restaurants.

A second opening is planned within the year, with a further two acquisitions in the following 12 months.  Once a solid platform is established a rapid, nationwide rollout is expected.  The company has already attracted significant investment from a number of existing industry players and will initiate a crowd funding offering next year.

The healthy, modern Thai dishes will all be prepared and cooked freshly on site using only the highest quality ingredients. Webb left Giggling Squid earlier this year, shortly after the appointment of Camilla Katté as the company’s marketing director, following the sale of minority stake to Business Growth Fund for £6.4m.  Whilst at Giggling Squid, he helped launch their restaurant in Salisbury, Clifton, Guildford, Billericay and Esher, as the estate grew to 15 properties.  He also helped pioneer their first home delivery operation in Horsham

Webb believes too many takeaway operators skimp on quality produce to maintain margins.

“There’s a strong demand for quality Thai takeaway food which peaks at the end of the working day and for party celebrations at weekends,” said Webb, adding, “The plan is to bring true quality food and service into the home delivery market place.”

Adam, a graduate in Business Management from Bournemouth University, previously worked in banking operations at Merrill Lynch and Deutsche Bank before completing a master’s degree in PR & Media at Brunel University.  He then worked for a number of restaurants and takeaways.