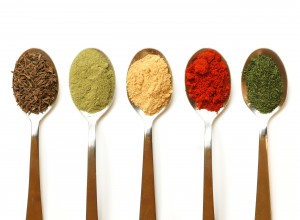 People looking to detox and maybe shed a few pounds in January following the excesses of the festive season, are being advised not to leave curry off their diet in the New Year, by an award-winning Kent restaurateur.

Rob Khan, the owner of The Rajdani near Sevenoaks, which was recently named Best Indian Restaurant in the South East at the Asian Curry Awards, says that contrary to popular belief, Indian food is not fattening: “When do you ever see an overweight Indian waiter, or even a rotund Indian chef?” he asked, with the proviso, “Some of the richer dishes laden with cream and butter should be avoided if you want to lose weight – and go easy on the lager.”

Apart from promoting weight loss, the spices use in Indian cookery offer a whole host of health benefits.  Natural herbs and spices were used for their health-giving qualities for thousands of years before the invention of modern medicine. Many of the synthetic chemicals used in prescription and over-the-counter drugs, are derived from the active ingredients originally found in popular culinary flavourings.

Studies have found that garlic, cinnamon and cumin can destroy up to 80 per cent of meat-borne bacteria, while ginger can slow bacterial growth by 25 per cent.  This is why they are found in dishes from hot countries, where meat needs to be preserved.

Chilli raises the metabolic rate, improves the respiratory systems and stimulates the immune response – mimicking the effect of caffeine contained in many cold relief treatments. Garlic well known for its antibacterial effects, and helps fight disease.  Turmeric relieves congestion, in much the same way hay fever treatments work by reducing inflammation of blood vessels in the sinuses.  Ginger eases nausea and stimulates the lymph glands that fight infection.

“When my body energy levels are low I go for easily digestible, sizzling dishes like Chicken Tikka, Tandoori Fish or lightly spiced Shashlick (kebab) with capsicums, onion and vegetables,

“Rich Masala and Korma dishes are great for boosting energy – as long as you keep the portions small,” added Shab, who will be adding new lighter dishes to his menu with more vegan, vegetarian, fish and gluten-free options.

In grills and tandoori dishes, the natural sugars in meat and vegetables give the body a quick energy boost. Onion skins contain quercetin, a potent anti-histamine and anti-inflammatory, effective in relieving blocked nose.  Onion extracts are also recognised by the World Health Organisation (WHO) for providing relief in the treatment of coughs and colds, asthma and bronchitis.

Red capsicum (pepper) is known to be beneficial to the mucous membranes, encouraging healing and helps the body ward off infections. The vegetable has antioxidant properties, which neutralise free radicals responsible for damaging tissue and cells. Capsicums are full of anti-inflammatory properties, reduce cholesterols, warding off strokes and heart attacks, beneficial for treating colds and fevers, stimulates stomach secretions to improve digestion, acting as a laxative.  Importantly, peppers trigger the release of endorphins, the neurotransmitters produced in the brain, which reduce pain and boost a general feeling of well-being – which is a welcome relief in a dark, cold, damp January.