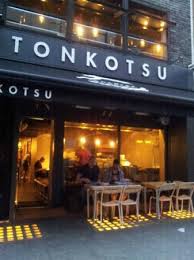 London ramen specialist Tonkotsu  is extending its partnership with Selfridges by opening the restaurant within the department store’s Birmingham food hall at the Bullring shopping centre, it’s first venue outside London. Tonkotsu co-owner Emma Reynolds said the company was keen to continue expansion beyond the capital: We’d like to have a few more Tonkotsus outside London. If this works in Birmingham, we’ll look for an individual restaurant site outside of Selfridges.” Tonkotsu is named after a creamy ramen typical in Kyushu, Japan’s southern-most island.Its first restaurant opened in 2012 and Tonkotsu has six restaurants across London, including its other Selfridges concession in Oxford Street.