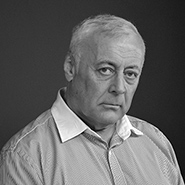 A lesson from history not learnt, by Paul Chase

The era of the legal prohibition of alcohol in the US that lasted from 1920 to 1933 is both the subject of history and the stuff of legend. The era of the cultural prohibition of alcohol in the UK that began in 2005, and hasn’t yet ended, has a history up to this point, but will probably never create an Al Capone to compete with the American legend. But there are lessons to be learnt from both.
The main lesson from the American experience is the law cannot successfully suppress a mass market in an open society. The attempt to do so led to the corruption of police, judges, politicians and public officials on a massive scale. It led to the rampant gangsterism that spawned Al Capone and helped finance the Cosa Nostra’s diversification into illegal drugs. Drinking alcohol didn’t fall by much either, although the quality of it did – some 10,000 people are thought to have died from drinking poisonous moonshine during America’s era of prohibition.
Lesson learnt? Well, not quite. India is now embarking on an experiment in alcohol prohibition that is truly breathtaking in scale. More than 200 million Indians now live in “dry” states, where the sale of alcohol is banned. That’s approximately twice the population of the US in 1920. I say “embarking on” but in the state of Gujurat alcohol has been banned since 1958. However, contraband alcohol is readily available there. A thriving industry making moonshine has become established, as have bootleggers smuggling in alcohol from “wet” states, ensuring Gujurat’s booze ban is ineffective.
But the ban has been spreading rapidly. Bihar, India’s third most populous state, brought in a complete ban on the consumption of alcohol in April this year. And, no doubt learning the lessons of Gujurat, it doesn’t mess about when it comes to deterrent punishments. You can now be sentenced to death in Bihar if you make or sell alcohol, and you can be sentenced to life imprisonment for drinking it! And the state authorities aren’t above instituting a bit of collective punishment either. The new law holds all family members over 18 years old guilty if anyone has been drinking in a house, and you can get up to ten years for failing to inform police of an offence. Despite these draconian punishments, it seems alcohol is still widely available in Bihar.
It appears India has a growing alcohol problem, even though only about a third of Indians drink. Mostly, Indians consume spirits and an increasing number of people just drink to get drunk. Sound familiar? The impetus for legal prohibition has come from women’s groups and ambitious local politicians – just as it did in America with the Women’s Christian Temperance Union and agitation from local political activists. It seems many more will die or be imprisoned before the outcome of this experiment in prohibition is determined. I think one of the reasons why successive generations have to relearn the lessons of history is that very few people read history any more. Watch this space.
In the UK, anti-alcohol health zealots know they can’t call for the outright legal prohibition of alcohol because the public will then recognise them for the cranks they are. So, in the UK over the past ten years we have seen a much more subtle campaign of cultural prohibition by stealth. This has culminated in the chief medical officers’ new, low-risk drinking guidelines of 14 units a week – about three-quarters of a pint of beer a day. Protests by trade organisations and published research by the Campaign for Real Ale detailing the rejection of this advice by GPs and the public at large has convinced the government to soften the language around this. So, out goes “there is no safe level of consumption” and in comes “the risks are similar to that of driving a car”.
But our cultural prohibitionists haven’t finished yet. The media around the chief medical officers’ drinking limits is all about establishing the link between alcohol and cancer as a means of discouraging people from drinking. And experience in other contexts shows this works. Do you remember the headline a couple of years ago “A bacon sandwich a day raises your risk of colon cancer”? Recently published research shows this had an extraordinary effect on public perception and levels of consumption (of bacon).
A World Health Organisation (WHO) report that classified processed meat such as bacon and sausages as carcinogens had a big impact. A survey showed nearly 50% of people in all age groups were aware of this conclusion and about a third of people said they were trying to cut consumption. And this was reflected in sales figures. In the four weeks subsequent to the publication of the WHO’s report and the headlines accompanying it, sales of packs of bacon in the UK fell by 8.5% and this appears to have been a stepped change that hasn’t reversed itself.
Anti-alcohol campaigners have latched on to this tactic and you can expect a lot more junk science linking alcohol with cancers, even though the evidence is extraordinarily weak. The temperance movement is quite prepared to tell “noble lies” if it advances their cause. The lesson we need to learn is that we have to engage the drinker in the alcohol debate. When we do, government backtracks. I have written a lengthy piece on alcohol and cancer in CPL’s magazine Aspire. Do have a read.
Paul Chase is a director of CPL Training and a leading commentator on on-trade health and alcohol policy
www.cpltraining.co.uk
This article first appeared on www.propelhospitality.com