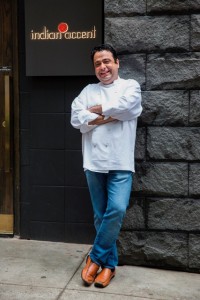 Private dining will be offered on the lower ground floor.

Old World Hospitality founder and Rohit Khattar said: “The decision to close Chor Bizarre was hard. However, it did need major refurbishment after so long and, while we were looking for a home for Indian Accent, we realised there was no space more perfect. We hope London embraces Indian Accent as warmly as New York has.”